The next negotiating round on a new global legally-binding instrument to protect marine diversity in areas beyond national jurisdiction (BBNJ) under the UN Convention on the Law of the Sea (UNCLOS) will take place in August 2019.

In view of the forthcoming negotiations, ECSA organised a workshop on the subject on 18 June 2019, with the support of the International Chamber of Shipping (ICS) and hosted by the Permanent Representation of Malta to the EU.

Guests included representatives from Member States and from the European Commission’s Directorates-General for Maritime Affairs and Fisheries (DG MARE) and for Mobility and Transport (DG MOVE) that prepare the EU’s position ahead of the negotiations, as well as members of ECSA's Legal Advisory Committee.

The workshop touched on the shipping industry’s position, also outlined in the joint position paper by ECSA, the ICS and the ASA. It is also part of a series of outreach events being organised by the shipping industry and the IMO to draw attention to potential implications the outcomes could have on the future of maritime regulation, the authority of the IMO and fundamental principles such as the freedom of navigation.

"This was an important information session bringing together the EU institutions and member states that prepare the EU’s position ahead of the negotiations.  While the industry supports the objectives of the negotiations, it is important that the new instrument should balance production and protection, and recognise the central role the IMO plays in regulating the shipping industry," said Viggo Bondi, Chair of ECSA’s Legal Advisory Committee and Chair of the ICS’s Maritime Law Committee.

"Such information sessions are useful exercises to ensure the negotiators have the right technical input from the shipping industry and thus avoid inadvertent or adverse effects by any measures agreed under the new instrument. We intend to repeat these sessions during the course of the negotiations." 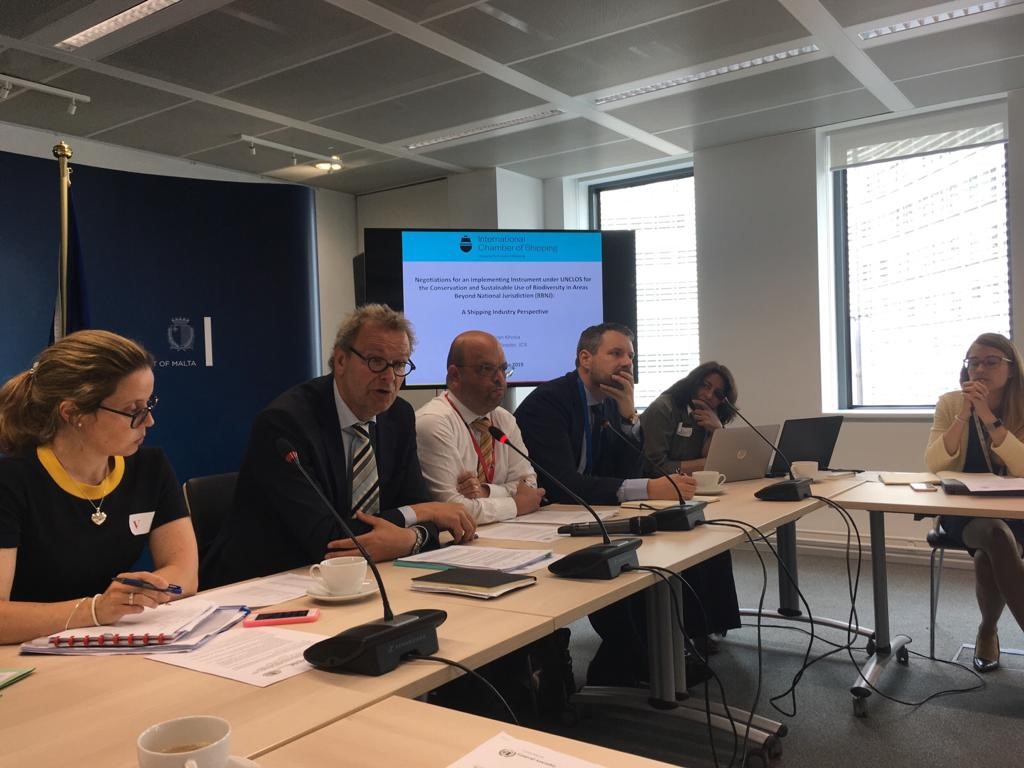